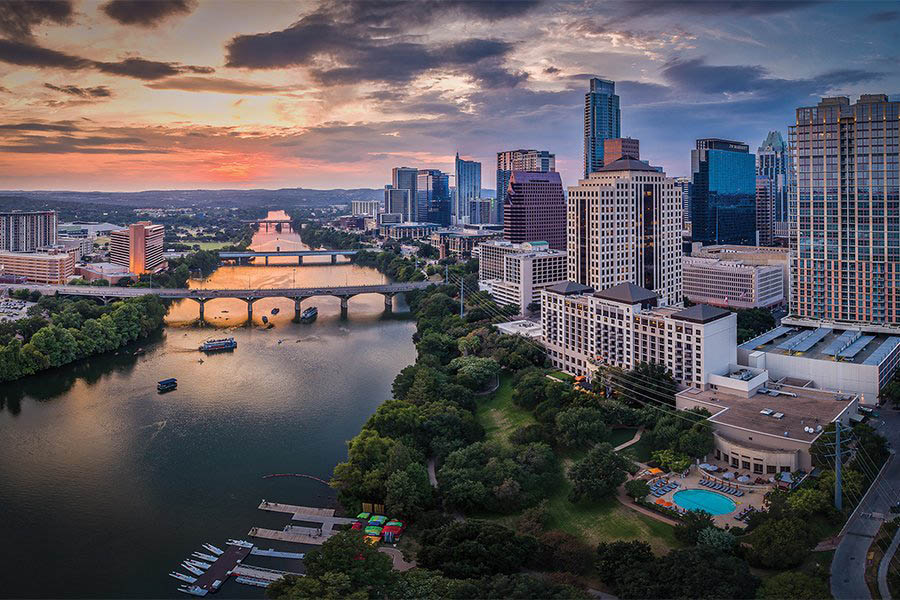 The lively city of Austin, Texas, is known for a number of things, and at the top of the list are its good weather, good people and good music. It’s a college town (home to University of Texas at Austin), a jackpot of tech companies (earning it the nickname of Silicon Hills) and host of the popular SXSW conference which annually celebrates innovation and creativity in film, culture, music and technology. In short, Austin is an amalgamation of people from all walks of life, blending together to make a vibrant, colorful atmosphere that is also quirky and relaxed. Its unique culture has not gone unnoticed. The accolades? Everything from being named the 11th Best Place to Retire in the U.S. to staking claim to the coveted No. 1 spot for Best Place to Live by U.S. News & Travel in 2018.

Austin is now the fastest growing large city in the U.S., and in response, its residents have come together under the unofficial motto, “Keep Austin Weird,” a slogan that promotes small businesses and creators and campaigns to keep the city’s “smalltown” vibe intact. As you explore the city, you’ll experience this hometown pride for yourself, whether you’re taking in the unbeatable music scene or the great outdoor activities. Plus, there’s an average of 300 sunny days per year, so you’ll barely have to worry about rainy weather during your stay—you just have to figure out how you’re going to make time for everything there is to do.

Live Music Capital of the World

Austin is not playing around when it comes to its music scene. In fact, it’s known as the “Live Music Capital of the World” with more than 250 music venues calling the city home. Try Mohawk in the Red River Cultural District for emerging rock talent or Broken Spoke for an old-fashioned honky-tonk that has hosted country legends like Willie Nelson and Dolly Parton. Forlive bluegrass, country-western and Americana bands, the White Horse is a must-visit. The Continental Club is one of the oldest continuously running clubs in Austin and attracts country, blues, rockabilly and garage rock bands. If you’re not sure what you’re in the mood for, just walk along Sixth Street in downtown Austin—it won’t take long for you to find the venue, music and drink that suits your style.

Breakfast Tacos (Plus other stops)

When in Austin...you eat breakfast tacos. It’s a Tex-Mex staple, and in Austin, they have become an iconic food item. There are many opinions about where you can find the best ones, but you can't go wrong with Valentina’s Tex-Mex or Juan in a Million. If you’re not feeling tacos in the wee hours of the morning, try hitting up Magnolia Café instead—they serve pancakes bigger than your face 24/7—and for lunch, head to Franklin Barbecue. For an upscale night out, try Odd Duck, a New American restaurant headed by Austin-native chef Bryce Gilmore. The Driskill Bar is another upscale option, sans tacos. Located in the iconic Sixth Street hotel of the same name, this restaurant offers an elegant, old-world Texas experience complete with rustic leather couches, cowhide barstools and the grand Texas Longhorn adorning the wall. (Plus it was named the best bar in Texas by Southern Living.)

The spirit of “Keep Austin Weird” is everywhere at these attractions and museums. Austin’s Museum of the Weird started as a gift shop but eventually turned into a collection of oddities—now it’s the self-proclaimed strangest attraction in America. (It’s also one of the largest retailers of “Keep Austin Weird” merchandise.) In Austin’s suburbs, the Cathedral of Junk is just what you'd imagine it would be: a multilevel structure made of people’s junk, including lawnmower wheels, kitchen utensils, ladders, bottles, cables and more. To date, the structure is estimated to contain more than 60 tons of junk.

For a more traditional arts scene experience, visit Austin's Blanton Museum of Art, whose permanent collection includes almost 18,000 works. To truly appreciate the creative spirit of Austin, you’ll want to check out a gallery or three as well. Favorites include MAW Gallery, female-focused Women & Their Work, and Big Medium, which strives to champion and cultivate artists and contemporary art through exhibits and annual studio tours.

Even with Austin’s hustle and bustle, the city is no stranger to green space. Between the beautiful weather and multitude of rivers, lakes and state parks in the area, there’s always an excuse to spend the day outside. At 352 acres, Zilker Metropolitan Park is nestled right in the heart of downtown Austin along the Colorado River and is home to volleyball courts, Barton Springs Pool (a natural spring-fed pool with an average temperature of 68 degrees), and plenty of canoe, stand up paddleboarding and kayaking opportunities. Barton Creek Greenbelt (just 6miles from downtown Austin) is an urban oasis that offers biking, hiking, swimming and even rock climbing. If you’re looking to stay outdoors for a portion of your trip, the 641-acre McKinney Falls State Park features over 80 campsites and is known for its hiking trails, camping and swimming in Onion Creek.

The chic city life of Austin is grand, but sometimes a quiet reprieve is just what you need. Austin is surrounded by 14,000 square miles of Hill Country where historic towns, vineyards and rolling hills speak to a different, slower-paced lifestyle. If your trip allows, take an afternoon to drive to Gruene Historic District, 45 miles south of Austin. The hideaway is listed on the National Register of Historic Places and offers some of the best boutiques and antique shops in Hill Country. After, you’ll want to stay for two-steppin’ and live music at Gruene Hall, Texas’ oldest operating dance hall. In Georgetown, visitors can walk through Courthouse Square with beautifully preserved Victorian-era buildings, shops and restaurants, or they can see a show at the old Georgetown Palace Theatre. Farther west of Austin is Fredericksburg, home to 20 wineries, a lively main street and a beautiful panoramic view of Hill Country from Enchanted Rock. 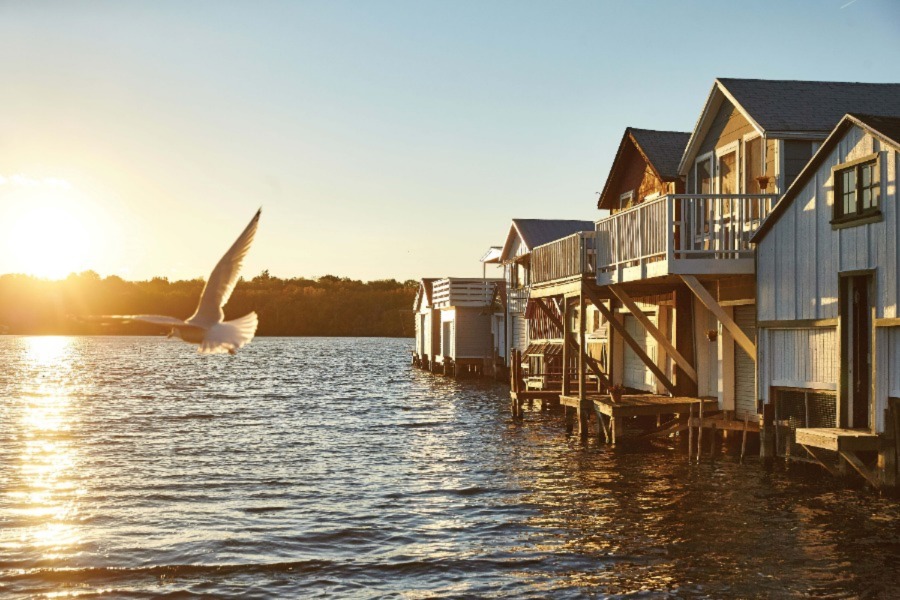 Simple Elegance in the Finger Lakes

Crystalline lakes, cascading waterfalls and acres of forests make the Finger Lakes a top-choice getaway in upstate New York. The region is a natural playground ripe for exploration in all four... 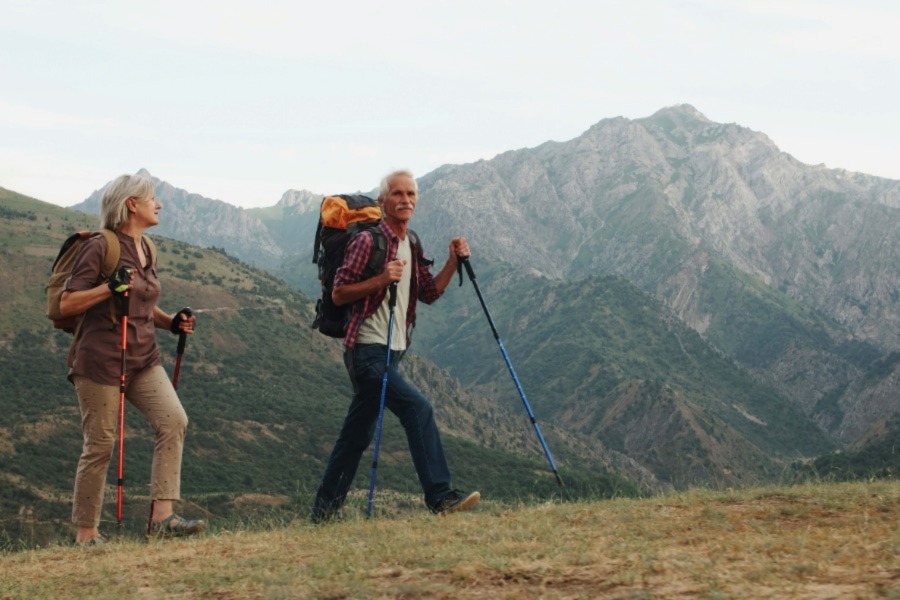 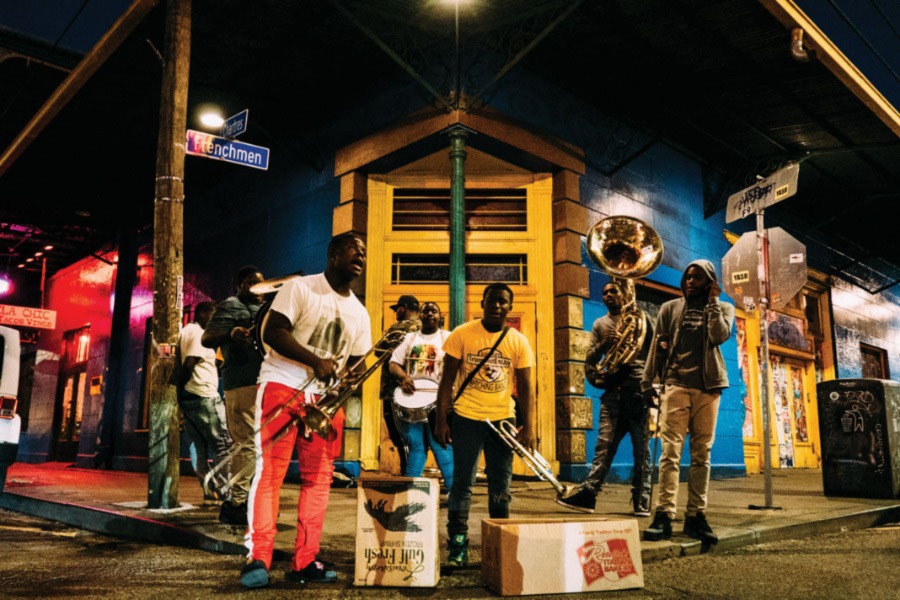 Affectionately dubbed “N’awlins,” New Orleans is a storied city in the Deep South, where tradition and culture meet everyday life.