The Early Days of AAA

Auto Clubs Across the USA

Almost immediately after the first horseless carriages appeared on America’s roads, motorists began organizing automobile clubs. In 1902, only 23,000 cars were in operation in this country compared with 17 million horses. Motoring enthusiasts across the country had formed 50 small motor clubs. Nine of those clubs joined together to create a national motoring organization and, on March 4, 1902, in Chicago, founded the American Automobile Association.

The Automobile Club of Minneapolis, known today as AAA Minneapolis, was established that same year for the objectives surrounding “…the instruction and mutual improvement in the art of automobilism and the literary and social culture of its members.”  By 1907, it was evident that automobile clubs would be springing up around Minnesota as enthusiasm for the horseless carriage increased. Accordingly, G. Roy Hill, then secretary of the Automobile Club of Minneapolis, set up the Minnesota State Automobile Association as a “parent” organization for all AAA clubs in the state. Auto Club dues in those days ran from $1 to $3 per year because they were mainly “good roads” organizations with little in the way of expense for actual service rendered to the member.

Hugh M. Craig weathered those lean depression years. His son, William B. Craig, followed in his footsteps to become Executive Vice-President and General Manager of the Automobile Club of Minneapolis. The Club grew to include over 125,000 members in Hennepin County before his retirement in February 1987. Dennis R. Blenis, a club veteran since 1948, and most notably, Director of the Travel Agency, succeeded Craig as the president and Chief Executive Officer. He retired in early 1997 and was succeeded by longtime travel agency head Steven J. Frank. Frank served until his retirement in December 2012, when former state transportation commissioner Tom Sorel was named President and CEO. Sorel served until January 2014, when Wendy Weigel took over as President and CEO of AAA Minneapolis. Weigel led the organization until her retirement in July 2021. Tae Kim, former COO of AAA Western and Central New York, began his tenure as President and CEO of the AAA Minneapolis in August 2021. 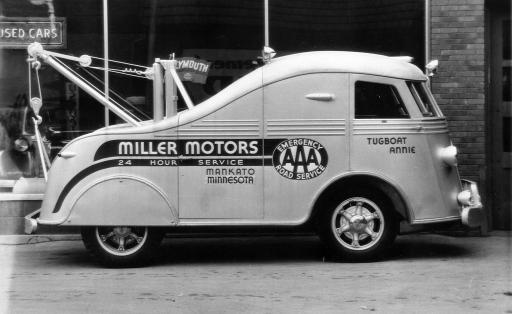 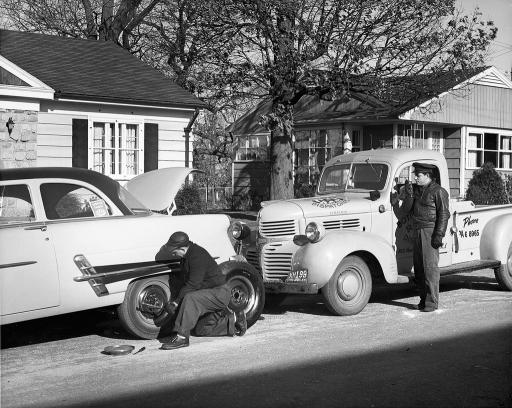 The first Minneapolis Club office was located in the original Radisson Hotel and later the Plaza Hotel in downtown Minneapolis. In 1922, the AAA Minneapolis office moved to their first townhouse at 13th and LaSalle. Eventually, the townhouse was demolished and replaced by a remodeled auto agency next door into a modern office that was home to both the state association and the Auto Club. Development on the site forced AAA to move, and in 1976, the Club opened its doors in its present location in St. Louis Park.

One of today’s most important services, emergency road service, was started in 1915 by the Automobile Club of Missouri. In 1921, the program became more sophisticated, with contract agreements with service stations whereby they would help stranded AAA members and then be reimbursed by the club. This service was successful, and by the late 20's, reciprocal agreements allowed AAA members to receive assistance anywhere in the country.

With car ownership increasing, prevention of accidents became a major focus of the Club. In 1928, the Automobile Club of Minneapolis started furnishing belts and badges to the School Safety Patrols in Hennepin County and now boasts a record of zero pedestrian fatalities at patrol-guarded crossings in Hennepin County that has extended over 70 years. The Club also has been active in urging driver-education with behind-the-wheel training in the city’s high schools.

Much of the early history of AAA Minneapolis was built around the “Club” concept, and for many years, there was even a country club devoted exclusively to its members. The AAA Auto Club Country Club in Bloomington was a favorite weekend dinner and dancing spot for members for many years. Because of the early motoring habit of traveling in pairs or groups to help one another when vehicles broke down (which they regularly did), the Club built the country club around 1911. After a fire, the club was rebuilt on the same site in 1919. The members built and maintained the road from Minneapolis to the club, and motored there on Sundays.

For decades, AAA distinguished itself as the nation’s only auto club, and its membership and services flourished. AAA maps, TourBooks® and TripTiks®, became synonymous with efficient travel. The American Automobile Association copyrighted its first map in 1912. AAA now produces more than 350 million copies of travel-related publications annually, making it one of the largest travel publishers in the world. AAA TourBooks®, CitiBooks®, and CampBooks®, which list thousands of hotels, motels, restaurants, and attractions, are based on the inspections of a nationwide staff of field reporters — modern “pathfinders.” AAA ratings of accommodations are coveted in the travel industry and many a traveler won’t rest until he or she finds a motel where the “AAA Approved” sign is proudly displayed.

At one time, there were 103 automobile clubs in Minnesota affiliated with AAA through the Minnesota Automobile Association. Today, only two of those clubs remain. AAA Minneapolis, serving Hennepin County and AAA Minnesota/Iowa, based in Burnsville. AAA Minneapolis is governed by a 13-member board, has roughly 150 full and part-time employees, and has three additional branch offices: Maple Grove, Minnetonka, and Eden Prairie, allowing us to serve more than 203,000 members. 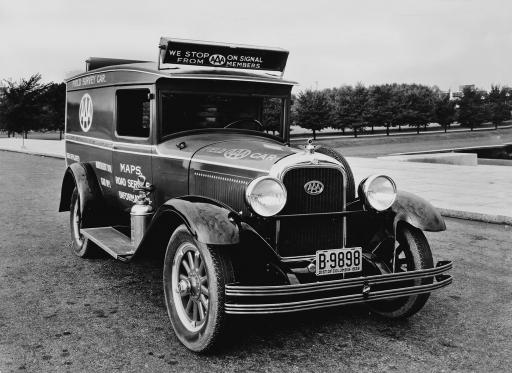 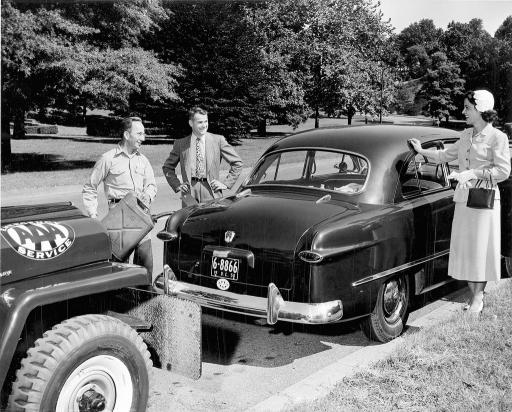